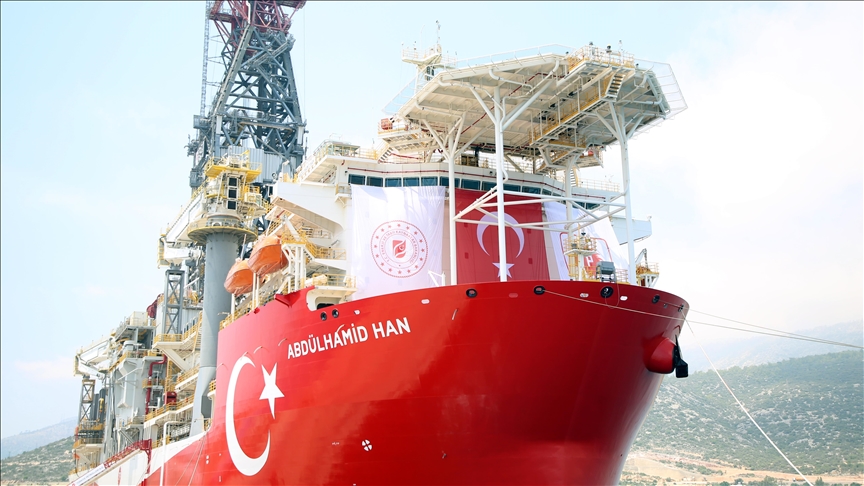 “Abdulhamid Han drill ship is planned to start operations in the Mediterranean next month,” Oktay told a ceremony held in the Turkish Republic of Northern Cyprus on the occasion of July 20 Peace and Freedom Day.

With its technical equipment and physical features, Abdulhamid Han will serve as the strongest of the fleet in Türkiye’s “blue homeland” — a maritime region based on the country’s sovereign rights.

Türkiye has been undertaking drilling activities in its waters over the past four years.