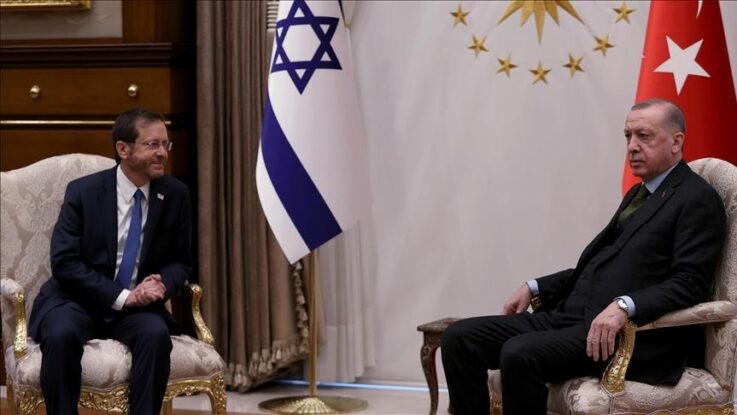 The Israeli president in a phone call thanked his Turkish counterpart for Ankara’s efforts in combatting terrorism, Türkiye’s Communications Directorate said on Sunday.

The two leaders “agreed on maintaining cooperation for peace and stability as well as dialogue in the two countries’ relations and regional matters, including security and the fight against terror,” the statement added.

Last month, during a visit to Israel, Turkish Foreign Minister Mevlut Cavusoglu said Turkiye and Israel demonstrated a “common will” to improve relations in every field.

“Even though there were difficult days, we decided to continue our relations,” Cavusoglu said.

Cavusoglu’s visit was the first trip to Israel by a Turkish foreign minister in nearly 15 years.

Earlier, in March, Herzog had visited Ankara and met with Erdogan.